By my Boss, I was asked to review the AMD Ryzen 3800x.  I honestly had to do a decent amount of research because I am not down pat on what a CPU does.  He is wanting me to determine whether or not this CPU would be a good gamer CPU.  I know the simple stuff like what the CPU is which is the Central Processing Unit, and the clock speed which for this CPU it has a Base Clock speed of 3,900,000,000 GHz which means it processing at 3.9 billion cycles a second.

This CPU is an 8 core processor, or Octo core processor.  The processor core receives instructions from a single computing task, and works with the clock speed to quickly process the information and temporarily store in the Random Access Memory which the acronym to this term would be RAM.  Im glad I finally cleared this up. 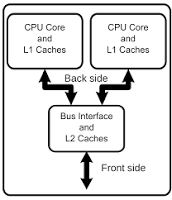 So this CPU has 512 KB of L1 Cache, 4 MB of L2 Cache, and 32 MB of L3 Cache.  Cache is a small part of the memory which is apart of the CPU, actually it is closer to the CPU than RAM.  It is used to temporarily hold instructions and data that the CPU is likely to reuse.  So as you can tell this CPU has plenty of storage on the CPU for you being able to download files or play games on. This is all new to me honestly.

So this CPU has 16 threads.  By the research I have done a thread is directly related to a CPU core and is basically just a virtual version of it.  Although many AMD CPU’s use SMT (Surface Mount Technology) related to their threads, many Intel CPU’s use hyperthreading.

Ultimately, this CPU would be a good match for ideally a Business CPU or a Home CPU.  I mean if you want to, you could run this as a low end Gaming CPU but if you dont have to you definitely do not want to.

All in All, I would definitely recommend this CPU for your Business or Home purposes.  It makes a quality CPU for surfing the web or playing small games like coolmath games for example.  If you had to, you could run this as a low end Gaming CPU, but I would not recommend it.

On Newegg.com 83% of users on this site give it 5 eggs which is the highest amount of eggs you can give.

You can find other positive reviews on TheAngryHoneyBadger’s youtube review, and at hexus.net

NOTE: part of a classroom project